Philips Lighting partnered with a leading Vietnamese construction company, the Sun Group, to turn the bridge into an illuminated work of art. 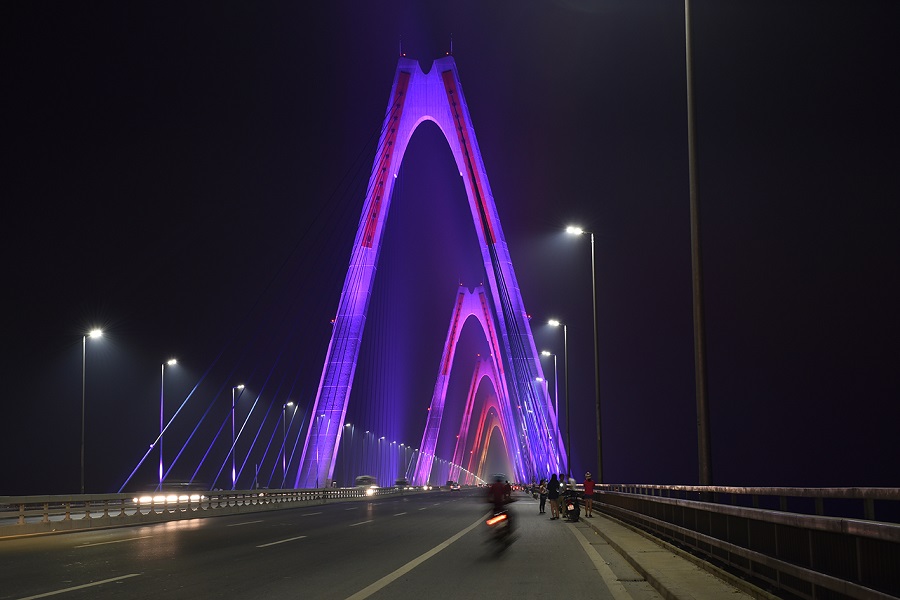 Each night, the new lighting system bathes the bridge in a prism of colors, turning the structure into an ever-changing work of art. The new architectural lighting illuminates the five majestic spans, along with the cables that run high above the bridge.

Now, all who cross Hanoi’s Red River are met with the Nhat Tan Bridge’s five colorful spans, which symbolize the five ancient gates to this capital city. The bridge, built in 2015, is currently Vietnam’s longest “cable-stayed” bridge, a technological advance over the suspension bridge. A vital, visible link between Hanoi and its main airport, the newly illuminated Nhat Tan Bridge is already attracting tourists and locals alike.

The Nhat Tan Bridge uses the cloud-based Philips ActiveSite lighting management system to remotely monitor, maintain, and manage the lighting system. The actual light points on the bridge’s spans are Philips Color Kinetics, which can create a staggering 16.7 million different colors, enabling the bridge to be lit in special colors to commemorate events and holidays. 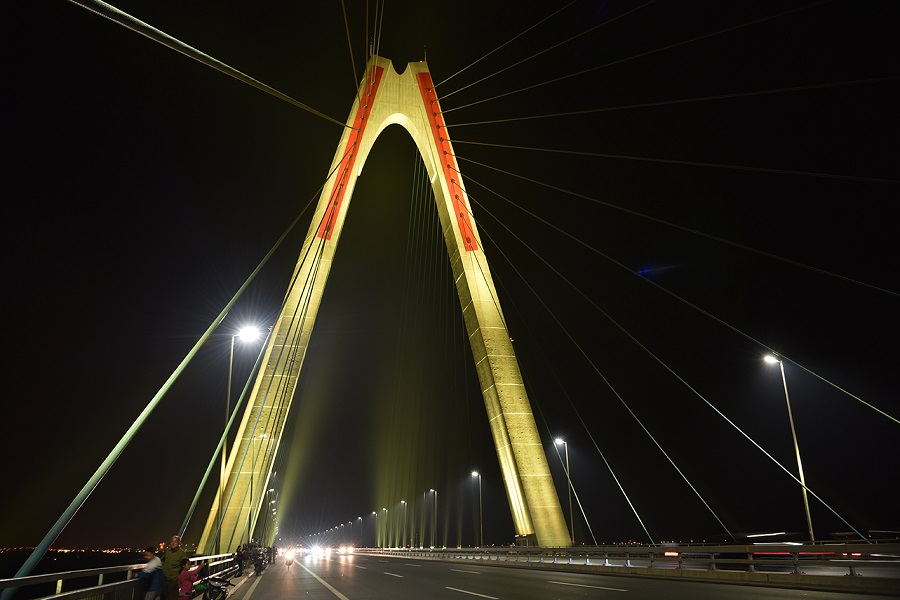 Like most of the world’s tourist-destination cities, Hanoi is in the process of becoming an even “smarter,” more sustainable city. And the bridge’s new system supports Hanoi’s sustainability goals. Compared to conventional lighting, the new long-life LED system may deliver up to 75 percent energy savings, as well as saving on operation and maintenance costs.