A brand new report from IDTechEx Research studying the use of force sensors in user interfaces has found that the market will reach $1.8bn annually by 2027.

Since the mobile era, touch screens have been at the core of our user interface with electronic devices. However, as the technology behind touch interfaces begins to saturate, many players now look beyond touch to the future of user interfaces. Whilst advanced solutions including voice and gesture detection, right through to perceptive computing are suggested, many suppliers are looking for the best ways to improve the existing platform. It is possible to literally add an additional dimension to touch interfaces by adding force sensing.

This trend has been strongly visible from various market leaders throughout 2015 and 2016. However, force sensors themselves are certainly nothing new, and even their use within user interfaces dates back over 40 years where they were first used in musical instrument toys. In fact, force sensors in musical instruments including electronic drum kits, keyboards and more has been the most mature market, and until 2015, one of the largest (when focusing specifically on user interfaces at least). However, with many high profile consumer electronics products containing force sensing interfaces launched throughout 2015 (most notably from Apple, in their smartwatch, laptop and smartphone products), this has quickly dominated the market. As such, the user interface landscape is undergoing a period of significant change, with force sensing as a prominent early step.

With activities of over 30 companies documented and compared, this report provides the most concise, relevant and thorough coverage of the trend towards force sensing in user interfaces. The report also provides a detailed discussion of each of the key technologies involved, including the basic principles, value chain implications (from materials through to product) and example players in each case.

The report provides detailed market forecasts, starting from historic data for 2015, and forecasting through to 2027 by application/product type and by technology. The report expects capacitive force sensing to remain dominant, with advantages over resistive options and immaturity in more emerging techniques such as piezoelectric polymers or dielectric elastomers allowing them to dominate the market. The report also covers detailed application ideas across sectors including consumer electronics, automotive and industrial markets. This includes well characterised products like the smartphone or tablet, through to important future markets like controllers for AR & VR devices, and also smaller niches like musical instruments and home appliances & tools.

Whilst force sensing is certainly not the user interface end game, it represents a very important step as the entire value chain behind user interfaces moves beyond touch. The value proposition is initially subtle, with many interesting features as detailed within the report but a distinct lack of any «killer-app» within the consumer space for now. However, as technology and markets mature, we expect that areas such as input controllers for VR and AR devices (building on an initial base from the games console controller space) and later as a user interfaces in the automotive spaces will drive growth to around $1.8bn in annual force sensor sales for user interfaces alone.

With extensive coverage across industries including sensors, displays, touch (e.g. TCFs) and printed electronics, as well as coverage of verticals like wearable technology, other consumer electronics markets and also in the automotive space, IDTechEx analysts have collaborated to produce a highly contextual, insightful and timely report on an industry which is developing very quickly and is relevant to the entire electronics value chain.

IDTechEx guides your strategic business decisions through its Research and Events services, helping you profit from emerging technologies. We provide independent research, business intelligence and advice to companies across the value chain based on our core research activities and methodologies providing data sought by business leaders, strategists and emerging technology scouts to aid their business decisions.

Learn more at www.IDTechEx.com and to discuss your needs please contact us on  research@IDTechEx.com 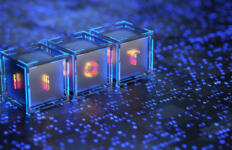 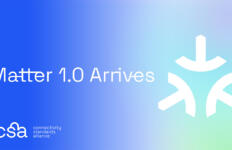 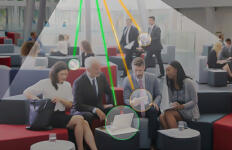 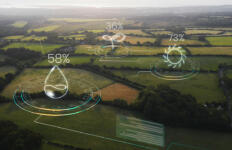