DOE has published the results of a study of the expected contributions to sky glow from converting high-pressure sodium (HPS) street lighting to broader-spectrum (i.e., white light) sources, with specific focus on LEDs, and presents the contributions in a manner relative to HPS baseline conditions. These conditions represent typical conversions in the U.S. and include changes in spectral power distribution (SPD), percent uplight, and lumen output.

Like all broad-spectrum (i.e., white) light sources, light-emitting diodes (LEDs) produce a portion of their output in shorter wavelengths, which may include varying components of violet, blue, cyan, and other colors. Because shorter wavelengths scatter more readily in the Earth’s atmosphere than longer wavelengths, like yellow and red, and because of certain biological sensitivities to shorter wavelengths, a variety of concerns have been raised regarding the potential impact from converting exterior lighting sources with low, short wavelength content, primarily high-pressure sodium (HPS), to broad-spectrum LED. Street lighting is often a focus of these concerns, including potential reduction of night-sky visibility from greater levels of scattered light, commonly referred to as sky glow, and potential health issues from exposure to those higher levels of light. This document focuses on potential changes to sky glow that can be expected from LED street lighting conversions, and does not address health concerns.

Multiple factors contribute to the ultimate levels of sky glow in any location. A major consideration is that street lighting, the focus of this document, is only one of many sources of light at night in urban areas. Other sources include building interior lights escaping from exterior windows, architectural and landscape lighting, signage, parking lots and garages, recreational lighting, and vehicular lighting. The findings in this document consequently represent only the contributions to sky glow from the street lighting system and may not even address the primary sources of sky glow in locations such as a large urban area. The results and related undertakings planned in any real location should be considered in that context. 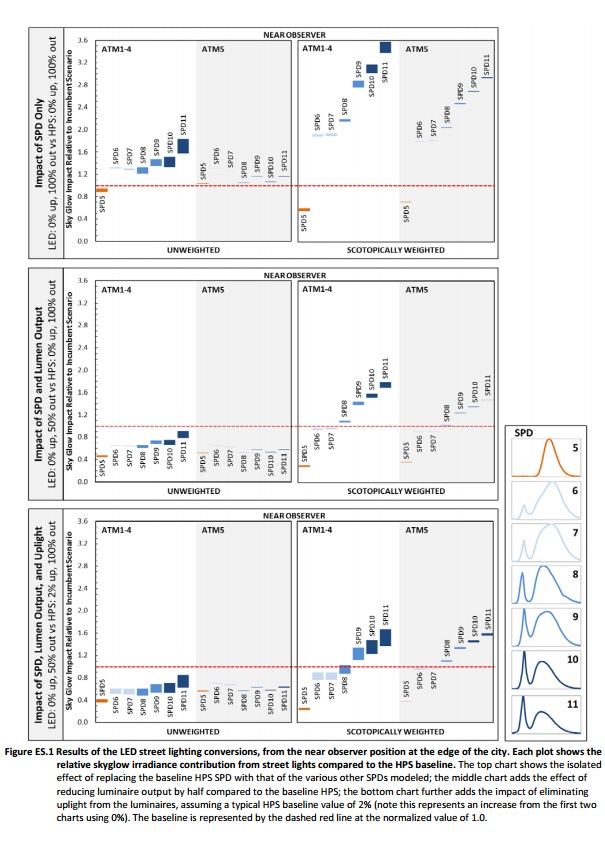 Among the findings of An Investigation of LED Street Lighting’s Impact on Sky Glow:

For a closer look at the findings, download the full report. 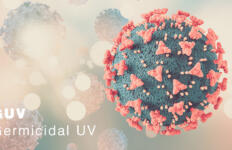 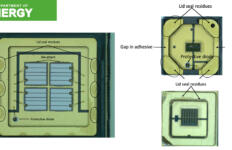