Austrian lighting company Zumtobel Group is to expand its production network by adding a new plant in Niš, southern Serbia. The project was approved at today’s meeting of the company’s Supervisory Board. The primary role of the planned luminaire plant in Serbia is to handle the additional volumes that are planned for the years ahead. In a market environment marked by high pressure on prices, the new site will offer the Zumtobel Group the opportunity to supply its core European market at optimal cost. At the same time, the move will reinforce the lighting group’s presence in the dynamic growth market of Eastern Europe. When the final phase of construction work is completed, the new plant will have cost up to EUR 30 million. The plant will be built in two phases covering the next two and a half financial years. The first luminaires are slated to roll off the production lines at the new factory in financial 2018/19.

New plant in Niš, Serbia, to complement integrated production network
In the lighting segment the Zumtobel Group maintains European production facilities in Germany, Austria, England and France. The Group also has one production plant in each of the countries USA, Australia, New Zealand and China. The plant in Niš, Serbia is to be newly built from the ground up. The factory’s primary role will be to handle additional planned volumes.

“The lighting market is hard fought and given the pressure on costs and the erosion of product prices we are constantly striving to improve our cost structures. The planned production site in Serbia will help boost our competitiveness and give us a means of responding more flexibly to market requirements as a Group. It will also enable us to position our plants and utilize their capacities in line with their strengths. In the process we are banking on a combination of our established integrated production network and the new plant in Serbia. This step into Eastern Europe signals further growth for the Zumtobel Group. At the same time the construction of this new plant forms part of our global operations strategy and is designed to ensure that, in the long term, we are well placed to offer our customers in Europe innovative products at optimal cost,” says Alfred Felder, Chief Operations Officer, Zumtobel Group. 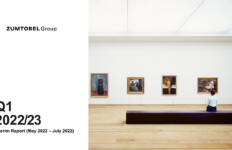