The 2017 edition of the smart cities summit organized by Fira de Barcelona, Smart City Expo World Congress (SCEWC), closes this afternoon its best edition ever. During three days the event has brought together over 700 cities from the five continents, 675 exhibitors and over 400 speakers. On its seventh edition, the event was held together with the first Smart Mobility World Congress and registered over 18,000 attendees, a 13% more than in 2016, exceeding the initial expectations.

The show’s director, Ugo Valenti, said “these figures confirm beyond doubt that the Smart City Expo World Congress has become an unmissable annual milestone for everyone invested in the transformation of cities and any company within the urban innovation and solutions industry. There is no other event in the world capable of attracting so many companies, cities and so much talent.” Valenti added that “this edition has proven even further that cities will be key players in defining the future. It is our responsibility to seize this opportunity and use all the means at our fingertips to grasp the full potential of these urban powerhouses.”

World Smart City Awards
Smart City Expo World Congress awarded yesterday evening the city of Dubai (United Arab Emirates) as the 2017 smart city. The Arab Emirate of Dubai’s project to adopt Blockchain Technology at a city scale earned the City award of 2017. The jury valued its effort to lead global thinking and deployment of blockchain technology in applicable government services as well as its commitment to support the creation of a blockchain industry empowering start-ups and businesses.

The SCEWC will be back at Fira de Barcelona’s Gran Via venue in November 13-15 2018 for its eighth edition together with the third Sharing Cities Summit, a meeting jointly organized by the City Council of Barcelona and the Dimmons research group of the Universitat Oberta de Catalunya, with the support of Amsterdam and New York. This event focuses on collaborative economy and how new emerging models impact the life and economic development of cities. For this reason, SCEWC’18 will dedicate a track to the sharing economy. 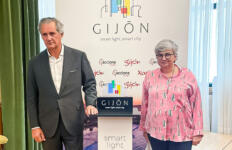 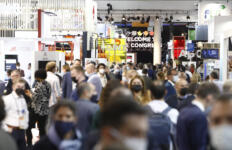 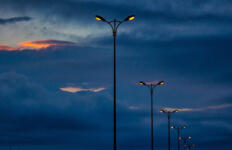 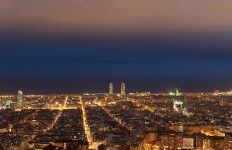