These characteristics are all delivered by an exclusive new 3200K Philips LED light engine, which succeeds in making the Philips VL1100 LED the first moving head fixture to offer a true alternative to the traditional tungsten source. In addition, the Philips VL1100 LED offers the added flexibility of allowing the user to remotely manage the balance between light output and fan level. When the user sets the fan noise level, the fixture will automatically set the total power output to align with the required noise level, and vice versa. Martin Palmer, Philips Entertainment Lighting Vari-Lite segment manager, said: «With this new fixture we have really responded to what lighting designers have been telling us they need. It’s a true refocusing moving head profile, with innovative new features such as the noise-to-output control, but most importantly it continues the legacy of the VL1000 Series, which has long been one of the most specified fixtures for theater applications.» The Philips VL1100 LED uses the same color mechanism as the lamp-based version, but the color system has been tuned with the LED light engine to match the original fixture’s color reproduction.

To maximize cooling efficiency, the fixture features a new, hybrid system of liquid cooling and forced air, keeping fan noise levels to a minimum whilst maintaining the high quality light output. Further enhancements within the new software system include the addition of Standard and Classic operating modes, allowing the Philips VL1100 LED fixture to be used as a direct replacement of the Philips VL1100 with very little modification needed to existing show programs.

All other features popular in the original Philips VL1100 luminaire will remain the same in the new Philips VL1100 LED. Colin Kavanagh, General Manager Philips Entertainment Lighting said: «At Philips Entertainment Lighting we are committed to using our resources and expertise to develop innovative lighting products that serve the precise needs of the market. We believe the VL1100 LED drastically raises the bar for high quality, versatile, professional stage and television lighting tools.» The VL1100 LED will soon also be available in an HP (high power/high color temperature) version, delivering a bright, flat and even field at 6500K, with consistent color temperature reproduction throughout the dimming curve, providing a low-power replacement for the existing VL1100 Arc luminaire. 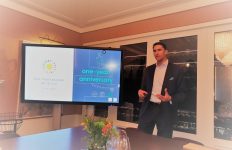 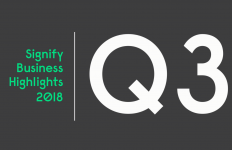 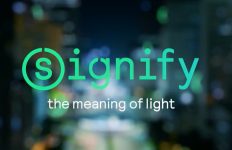